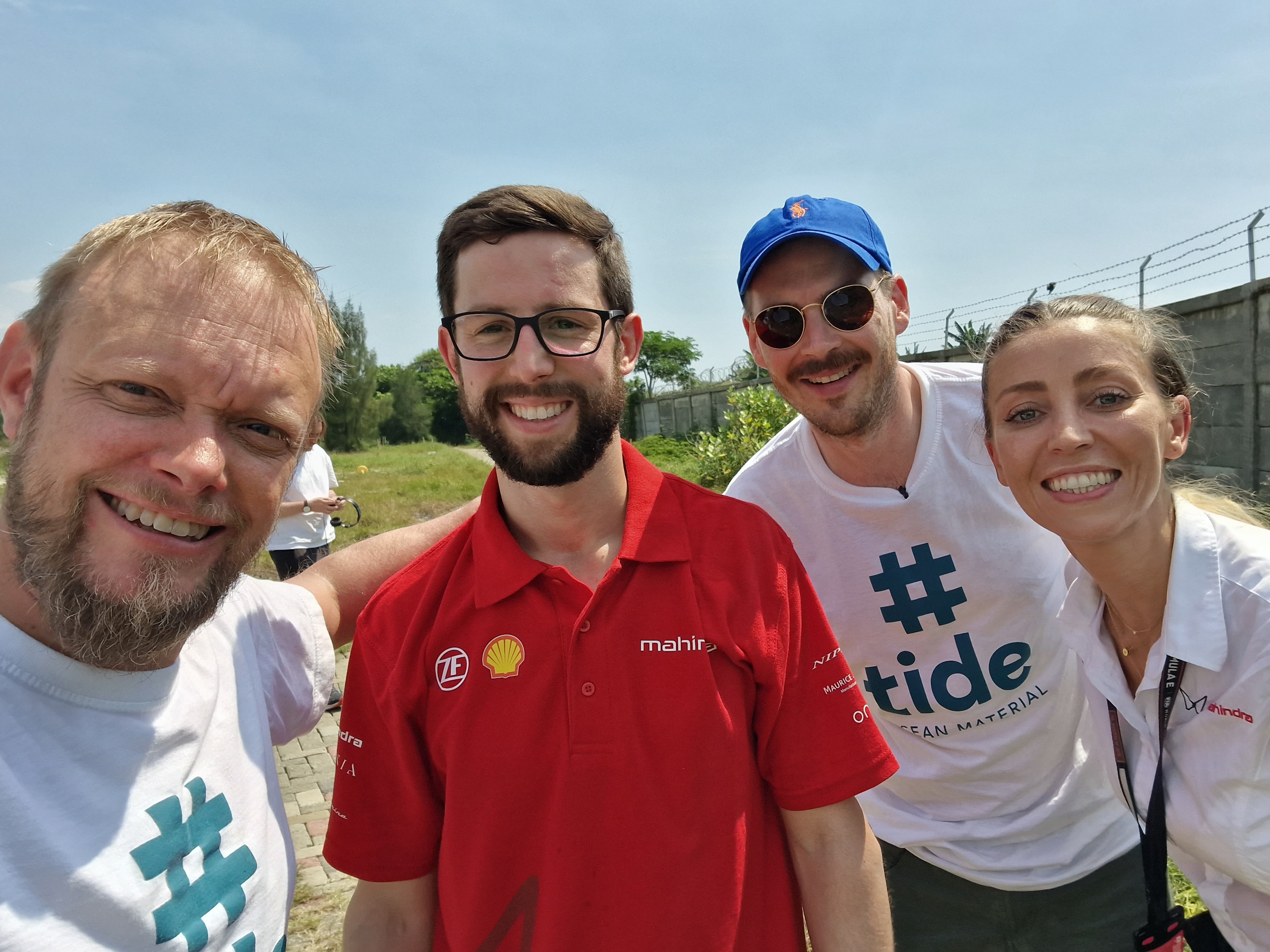 Up to 37 degrees Celsius, humidity levels of more than 75%: the Formula E race in Jakarta on the first weekend in June wasn't going to be a breezy pleasure ride for Mahindra Racing driver Alexander Sims. And yet, "Simsy" decided not to spend the days leading up to the race relaxing in his air conditioned hotel room.

Instead he was joined by Ivan and Matthias from our #tide-team one early morning on a beach in Jakarta to spend a couple of hours cleaning up, talking about plastic pollution and filming a promotional video for Mahindra Racing, an Indian Formula E team operating out of Bransbury, UK.

The video shoot was part of Mahindra's "Turning the Tide"-Campaign, for which they pledged to help #tide save one million bottles worth of plastic from polluting the ocean. It is their contribution to the "Road to 1 Billion Bottles". 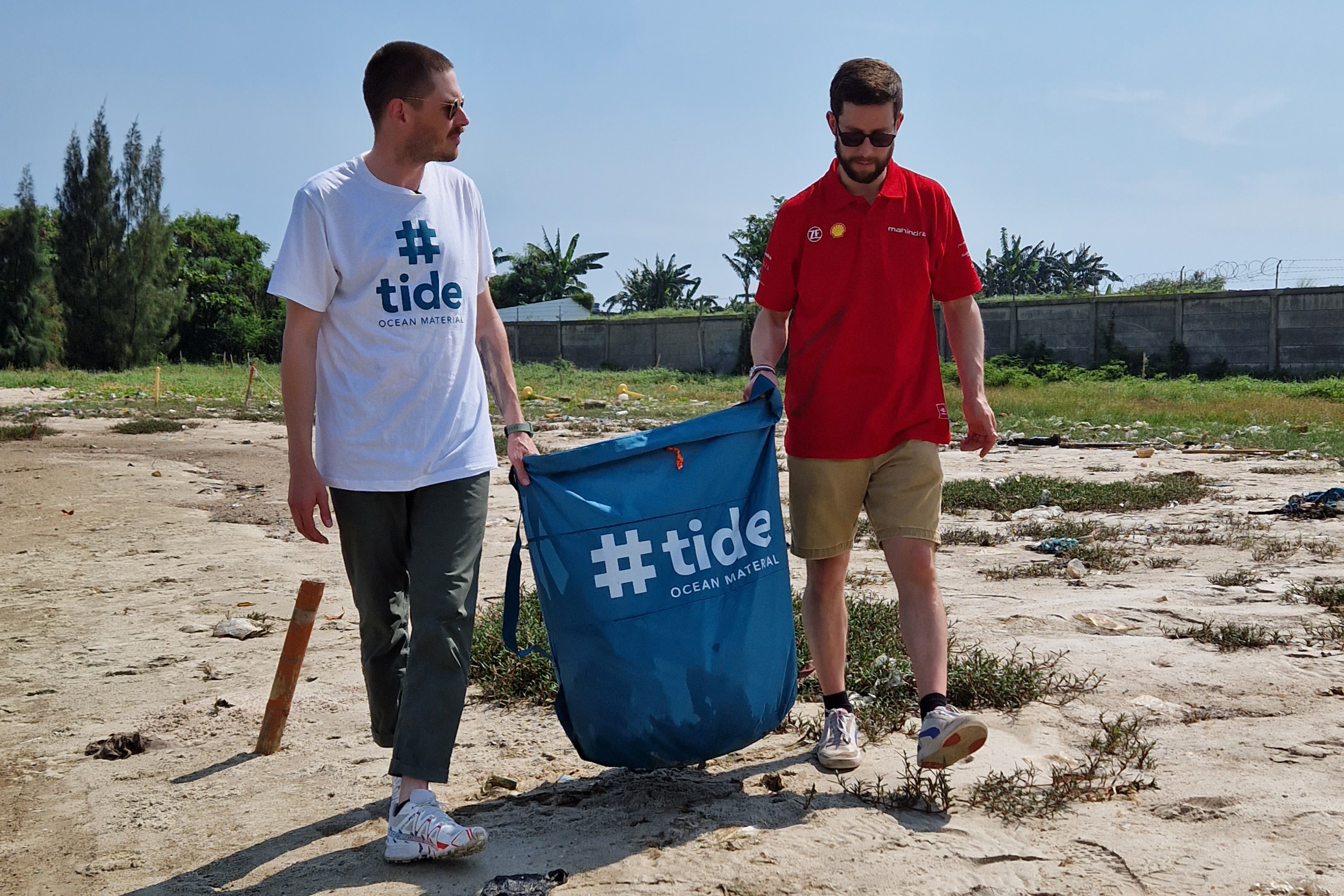 In a clever spin, Mahindra combined their campaign with the Formula E Fanboost program. A gamification element where fans can vote for their favorite driver to give him an additional boost during the race. Every vote for Alexander Sims or his team mate Oliver Rowland results in an additional 10 bottles removed from the ocean by Mahindra.

Unfortunately this didn't pay out on race day in Jakarta. Rowland had to quit the race after the first lap due to a damaged wheel. Sims on the other hand had a solid run, climbing up several positions, but still finishing below the top ten.

Which shows a way in which driving a race car might have been similar to running a upcycling company: True champions only feel more encouraged by challenges standing in their way.